The Evil Darkside Of Polygamy
Skip to content Menu Close

The Evil Darkside Of Polygamy

What They Don’t Tell You About Polygamy

The polygamist Community of Bountiful, Canada no longer follows the teachings of Mormon Fundamentalist prophet and convicted child rapist Warren Jeffs. But their links to Jeffs have made it difficult to leave the darker legacy of polygamy and the radical fundamentalism that gave rise to it entirely behind.
And while the current polygamists of Bountiful cannot imagine their lives without plural marriage, others who have left the life of Bountiful say polygamy in any form is tantamount to spousal abuse.

Now in America, Africa, a mass amount of men are slowly adopting this demonic way of this lifestyle, yet, again, especially in the Conscious Community. Brother Polight, a Pro-Black Leader and his wives discusses the great benefits of polygamy, all while Yah Yah talks about the mental stress and depression of dealing with a Polygamist, Nature Boy from Melanation, another Pro-Black Leader. When you listen to this woman speak, you soon find out how she was manipulated into this dangerous to the mindset lifestyle. Like many women who are psychologically tricked into polygamist relationships, most are broken, lonely, poor, weak, low self-esteem women.  And some of these girl’s parents have even given them away to Polygamist Men as early as 12 years old. Canada and Africa was notorious for this.

But you notice one thing about these type of men, they hate strong women, educated women, entrepreneurial type of women. Why? Frankly these type of women are extremely hard to be manipulated by these weak women chasers, who are into greedy sexual desires, for sex with multiple women. The strong-minded woman isn’t easily influenced and can’t be into joining their selfish sex-loving cult. So they try to slut-shame, demonize and bash these types of women, especially feminists.

They also fear that these stronger type of women may be able to talk some sense into these weaker women, who subject themselves to these self-loving men, who are only looking out for their own interest. They pray on the weak and misguided. Aint that a trip?

Women, ask yourselves, what’s in a Polygamist Marriage or relationship for you? Do men not think that women get tired of having sex with them and want something new too, especially these old washed up men, who can’t last more than 2 minutes in the bed. What woman want to continuously have sex with something like that? What’s the benefit?

Ladies, is polygamist really worth your sanity, self-esteem? Will this man accept another man inserting his penis into you or does he use the bible for his own benefit and say “Women wasn’t put on earth to be with more than one man?” Think about this, does he live his life exactly God say live it or does he just use it when he wants as a tool to control your fragile mind and vagina?

What real benefits does polygamist serve now when more women are their own bosses in 2017, women run billion dollar companies, women run their own entrepreneurial businesses with no help from a male? And we know….women don’t suppose to be doing stuff like this, as the control freak male will tell you,  just to keep you under his deceitful, demonic world. These men need to stop the hate.

Ladies again, are these men looking out for your interest or only their own? Is the shortage of men scaring you into these dog-sinking teeth of these polygamists? Do you actually think these type of men view you as a person? Do you think these type of men respect you as a person or respect your mind or well-being? See what the women have to say below… 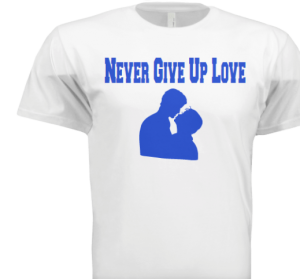 NEVER Give Up On Your Dreams

"12 Things I've Learrned As A Small Business Owner During This 2020 Pandemic."

The world as we know it is drastically changing and you gotta be prepared.